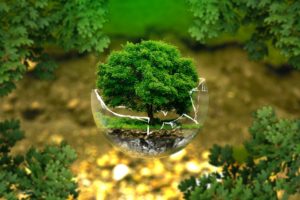 With a deepening climate crisis, it is becoming ever more clear that we need to be taking much better care over our environment. Whether the focus for doing this should be on governments, businesses, or the individual may be something that world leaders cannot seem to reach a consensus on, but it does remain that we should all be doing something. And instead of waiting around for governments to tell you what you need to be doing, we should all be taking decisive action right now to reduce our impact on the planet. After, it is the only one that we have.

Here are some areas in which you should consider making improvements in your life.

While 70% of the planet may be covered by water, most of this is not drinkable. In fact, there is less and less drinking water available and many countries are facing a crisis point. Some areas of South Africa recently came very near to having to permanently turn off their municipal water supply because of a lack of water. Fortunately, citizens got behind water conservation measures and reversed the trend. However, it is still estimated that with the next five years two billion people will be without clean sanitary water that they can live off

Our clean water supplies are getting used up in a number of different areas. Many industries such as agriculture will use vast amounts of water in production, and across the globe individuals often treat water as an infinite resource, which it is not.

Reducing your water consumption is something that you can do to help the environment. This starts by not flushing the toilet as often, not leaving taps running, having showers instead of baths, and not using a hose to water your garden. You could look at getting Team Poly water butts to collect rainwater which could be used for flushing toilets and watering your garden. Making good use of natures water delivery system takes the pressure off the valuable water reserves that we all so vitally need.

Switch To A Green Energy Provider

With many major power companies still burning fossil fuels to create the power for our homes, it is clear that this is an area that needs improving. While you may not have the power to change this as an individual, if enough people start to switch to green suppliers, this will push the major power providers to change the way that they do business or face extinction.

There are many great green energy suppliers out there, many of whom are great with respects to the way that they manage their customers and run their businesses. Check out the credentials of a few operating in your area, compare their prices and services and ditch the smog-producing power companies that we just don’t need in society anymore.

Then, look for ways that you can improve and reduce your own energy consumption by switching off unnecessary appliances and lights when you are not using them.