If you think about the amount of money you’ve spent on your home, from the deposit and mortgage you’ve been paying so far, to the money you will have invested into the house by doing it up over the years. It’s going to add up to quite a lot, isn’t it? So, the last thing you want to do is let that money go to waste by damaging your home. It’s easily done, sometimes we don’t even realize that the things we’re doing are going to be causing damage. But it’s the thing we’re doing that will build up and up until the damage we’ve caused is just going to cost so much to fix. This is something you definitely don’t want to happen, so here’s the most damaging thing you could be doing, and how you can prevent it. 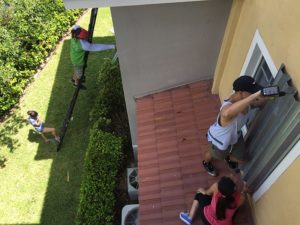 We understand how busy life can get, and sometimes you just don’t have the time to maintain a home like you should. It can sometimes be weeks before a full clean is done, one that gets to all of the points in your house that if left alone, could cause a problem. One of these is to do with the plumbing. If the plumbing goes wrong, it can lead to such big problems that could threaten the whole house. A problem as small as a blocked toilet or drain needs to be dealt with as quickly as possible. Sometimes people make a blocked toilet worse when trying to unblock it, causing a deeper block that only professional plumbers can sort. Only try and fix the things that you can when thinking of maintenance around the home, especially when it’s to do with things such as the electrics. Messing the electrics when you don’t know what you’re doing is dangerous more than anything else, and doing more damage than good is only going to cost you more money.

Bringing The Value Down

The value of a home can be massively influenced by how you’re damaging it. If you’re not keeping up with maintenance, such as the things we’ve been speaking about above, and you’re generally not improving the home, the value is going to drop. Every so often the decor should be updated so that you’re keeping up to date with the times, and the house looks as fresh as possible. If a house is outdated and not well maintained, it’s going to be hard to get a sale when a sale is needed. If you want to bring the value up, you need to focus on things such as extra room, modern interiors, clean appearance, and maintenance. When it does come to the time of selling your home, if you want to try and get more money, you should focus on selling at the right time, and make sure you’re not putting your house on the market for a price that’s too high. Some people struggle to sell their house, purely because they’re overpricing it.