If you’ve got a bad habit that you know is harming you or holding you back in some way, it’s only right to want to ditch it as soon as you can. However, doing that is never as easy as it sounds. You need to know what it takes to find success and get to where you want to be. Those habits could have been taking hold of you for a long time, but that doesn’t mean you can’t shake them by putting your mind to it and approaching this challenge in the correct way. Here’s what it’ll take.

Knowledge of What Triggers Your Bad Habits

Everyone has certain triggers that they should be aware of when they’re trying to ditch a bad habit. That knowledge will be an essential part of making sure that you don’t get triggered into falling back into your bad old ways so easily. If you know that you fall back into bad habits when you’re in certain situations or around certain people, you should limit those triggers.

Something to Replace It

The best way to ditch a bad habit is to replace it in some way. For example, if you want to stop smoking, you should try to use e-liquid or something like that to replace the addiction. That way, you won’t miss the old habit so much because it will have been replaced by something new completely. Even keeping your hands busy can help you replace the old habit and not turn back to it. 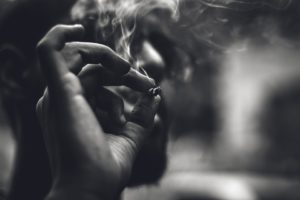 A Reason to Want Success

You’re going to need to have a reason to want to succeed at all this because this is what will spur you on and motivate you when the temptation starts to strike. You’ll need that end goal to work towards and focus on so that you don’t simply crack under the pressure. So be sure to give this some careful thought.

The Support of Others

Having the support of the people around you can be really important when you’re trying to leave bad habits behind you. They’re the people who will be raising your spirits or simply being there to talk to when you need that. It can be even better if you have someone going through the same thing as you at the same time. You’ll then be able to assist one another.

The final thing you’ll need is willpower and persistence. If you don’t have those things, you will be more likely to give up when you should be pushing on and pursuing your end goals. Persevering can be tough at times, of course. But this whole thing’s going to be tough; you just need to be ready for it.

Bad habits can take a hold of you and stop you from making the progress you want to make in life, so be sure to leave them behind sooner rather than later if you know they’re bad for you. Each of the things mentioned above will help you to do this, so know it’s down to you to take action.