Children, can’t live with them but can’t live without them. We give our lives to our children from the waking hours of the morning, right to the weary hours of the night. But that’s what life is all about right? The sacrifice is worth it when you know that you’re giving your children everything that you possibly can and more. One cannot underestimate the importance of having a good home is to them as they’re growing up. It’s a point of stability in their lives that they may not have in other parts. There’s a reason why there’s a saying that there’s no place like home; because there isn’t. However, if children were a joy to have all the time, you would see many couples starting a family without taking a second thought about it. As cute and so like you as they are, they can be little terriers running around. And what do terriers tend to do, that’s right they destroy and don’t seem to realize the impact they have on their surroundings. If you have children or are just thinking about having children you’re going to have to get ready to react to the things they break in the home.

We can all admit to having things in our home that we save for special occasions only. For most people, it’s the stereotypical things that we conserve only for guests. We want to give them a pleasant experience, so we make sure we have extra special bed sheets. We want the dining to be something they won’t forget in a hurry, so we present to them great quality silverware. Crystal Wine glasses, scotch glasses, pouring jugs, plates, and bowls are all going to look magnificent at night time. With the room light piercing them and flicking across the room, these items are only brought out occasionally. Even if it’s not for guests who we would consider strangers, we bring them out at Christmas and on milestone birthdays.

Be prepared for them to be scratched and or broken if you put crystalware in the hands of toddlers and young children. They can’t help but be rough when they’re eating dinner; it’s just how they move and try to scramble to get the food in their mouths quickly sometimes. There are two substitutions you can make to the crystal, so no one is any the wiser just in case your children join you and your guests for dinner. Glassware is cheaper but looks almost as good. To the untrained eye glass and crystal look identical. If you polish the glass both on the inside and outside, it’s going to look almost perfectly the same as crystal. It’s a heavier material but less expensive. The other option is to just use see-through plastic plates and glasses for the children. The adults can have the debonaire crystalware for dinner while the children sit beside using glass or plastic dinnerware. No one is any the wiser, but just in case things do go wrong, you’re not losing a small fortune trying to replace the crystalware.

The garden is a place in the home where children often let out their frustrations. Obviously, we tell them not to be rough in the home and if they’re going to run around the bash into everything, to ‘take it outside.’ Many parents have lived to regret that only a few minutes after uttering those words. Children, especially young boys are into sports, and they want to practice their skills whenever they can. Some children will make sure that just as they have finished their homework if they have the time they’ll go outside and get some practice in before the sun goes down. During the summertime, the dreaded smash is heard the most often. Whether its football, baseball or any kind of sport that involves a projectile, if your kid plays it, they will almost certainly break a window. Sooner or later you’re going to have to deal with this, it’s just a part of life and having children that aren’t stuck in their room playing video games all the time. And if we’re going to ask them to be more physically active, sometimes you’ve just got to roll with the punches.

A broken window is no cause for alarm because a company that offers glass repairs of high quality will make the damaged area look like new again. It could be the window of a door panel or the kitchen or front windows smashed; the repairs won’t take long at all. In fact, it’s very common to get the area cleaned and measured in just a few minutes. The brand new window is going to be made to order and not a just generic off-the-shelf sheet of glass. The company makes precision residential window frames and panels. You also want tradesman that are trained to the national standard, so you know at least that they meet a certain quality grade. After the scolding, you give your children for breaking the window. Eventually, they’ll get the confidence back again to go and play sports in the back garden again. While the repairers are working in your garden, you could ask them for window strengthening tips to make sure it doesn’t happen again. 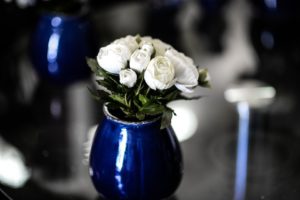 Children are like the energizer bunny, they just won’t stop, can’t stop, don’t know how to stop running around all over the place. The hallway is the unwitting victim of much of the speeding fines that you’ll give your children. It’s a little piece of the home that is totally straight and not much is in the way, so kids get the urge to turn into the roadrunner. The hallway looks bland if we leave it open and free, so most of us like to put something in it to break up the monotonous, boring emptiness. Decorative pieces around the home are always going to be pieces that we take pride in because they’re a reflection of our taste; perhaps more so of the home’s design itself. In the tedious and drab corners or the home the choice of interior design piece that has always been popular is, of course, the vase.

If the stand that the sit atop where to get rocked by an overly energetic little on, the vase would get knocked off and come tumbling down to the ground. It would break into lots of tiny pieces and a from a momentary horrorshow it would become a hazard to your health. Ceramic, crystal, glass, stone are all materials that will crumble and shatter when they hit the floor. It doesn’t matter if you’re going for a stylish polished ceramic, stained glass or stone mosaic style of vase, they all make the same kind of noise when they break up on the floor due to the impact. So perhaps it would be wise of you to keep the expensive pieces somewhere safer such as in your bedroom or in a display cabinet. Make the replacement for the vase in the hallway and those that stand lower in the home such as on corner tables out of plastic or even rubber. Rubber vases are very eclectic and funky. They come in lots of colors from the pastel, hippy, artistic variety. They don’t weight very much yet they’re flexible and so won’t break when they hit the floor but rather bounce away. If you have fresh flowers in your hallway vase, all you would need to clean up if it were to be knocked off would be the petals and the water. 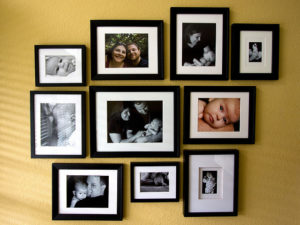 It’s customary to keep family photos all around the home. The faces of your loved ones are never too far from you, and it’s just a more welcoming atmosphere when you know that the home is a family home and not just another house on the block. When family photos stand on your bedroom dresser or in display cabinets, you don’t bat an eyelid for their safety. But when they proudly on a drawer downstairs, they become fair game inadvertently. That’s not to say that they’re in the crosshairs of your kids automatically but sooner or later they’re going to forget what you told them. Lots of parents specifically warn their children that no matter what you do, don’t smash the photo of an important family moment. Sooner or later they’re going to drift off in their own mine and bump into them and accidentally hurl them to the ground with an excruciating thud. The fix is simple, rather than put your photos standing up in a drawer, just hang them in collage frames on the walls. You can fit a lot of them in a short space, and they’re out of the reach from small children.

Every single household with kids is going to be a factory of chaos and mess. But they are your children, and you have to accept their rowdiness for just being a part of who they are. But making a few tweaks here and there around the home will save valuable things from being made to be put on the list of things that have been broken.