One post has revealed that most millennials do not even have a thousand in savings in their bank account. That’s shocking and a worrying sign for both them and society. You see if you don’t have savings, then it’s more likely that you’re going to need to buy things on credit. This can kill not just personal finances but the general economy as well. The more people borrow, the more pressure it puts on the economy, and ultimately it tends to lead to a recession.

At the same time, there’s pressure for millennials to buy homes and get on that property ladder. One article became controversial after suggesting that little changes could help millennials save for a home including not eating fast food which is fine. But it does seem a little unreasonable to suggest that avoiding the take out that costs no more than ten a week could save you enough to buy a property where you need a deposit of at least a few thousand. Particularly, if you, personally, are only getting that cheeky takeaway once a month. However, there are other ways that will help you save, and it might just be easier than you think. So, let’s look at some of the options here you may not have addressed. 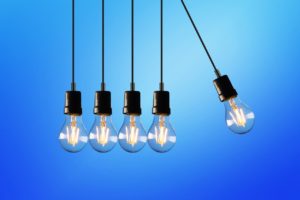 Yep energy is going to be a big cost that could be eating away at your finances. Did you know that most people can make simple energy usage changes that could save them a quarter on their bills each month? That doesn’t seem like a lot monthly, but think what it would save you annually. It’s more than enough to give you a little to put in savings, right? Take a quarter off, and you could add a few hundred each year through savings on energy. Okay, we’re not quite at the thousand yet, but it’s a good start.

Now, some of the options you can consider are upgrading lighting to LEDs that use a lot less power and making sure that you are thinking about how much water you use. Target the big costs here including the shower. The best way to lower the price of your water usage is to change your shower pump to something a little less powerful. You’ll hate this change at first but you will get used to it, and it could save you a fortune.

If it’s the heating that’s the issue does make sure that you get thicker curtains. It’s a lot cheaper than replacing the windows on your property, and it will keep the heat trapped inside. You see? Little energy changes will save you tremendously, but we’re just getting started.

Sell What You Don’t Want 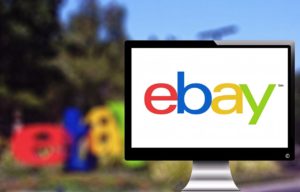 Do you have items in your home that you don’t want or don’t use? That’s a trick question, we know you do. There will be souvenirs friends, and family members have brought back from holidays that are clogging up your mantlepiece, festive decorations that never come out because they are too difficult to put away again and toys that have been passed down from your parents.

“Your Kids will love these.” – The say, knowing full well that kids always want the latest games. When was the last time you played on your dad’s Atari? Exactly, so let’s get rid of them and rather than just taking these forgotten treasures to the dump, can we make some money?

If you make an account on eBay, you can. You can sell the products and make a fortune back on them, potentially getting more than you ever did when you were using them in your property. The trick to selling on eBay is to set up an account and get good karma buying plenty of cheap items and paying on time. Don’t worry – you can’t sell these off later, so you aren’t losing any money. Once you have built up your points, you will gain a lot more interest from buyers for the products that you are actually trying to shift.

You can turn this into a nice little side hustle and take things one step further by investing in products and then selling them up for a little profit added in. It’s a great choice to make a little extra. This will add at least a few hundred to your savings, or it could put you well over the first thousand, depending on what you have in the attic. 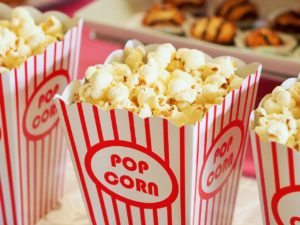 We all have bad habits, but did you ever think how much yours costs you? It’s fair to say that a bad habit can come with a heavy price tag, depending on what your particular crutch is. Are you a smoker? That’ll cost you thousands. Do you love films? Again, thousands per year could be spent here, and the same is true for drinking. These are all habits that are on some level or another bad for you. Now, you might not think that hitting the cinema every weekend is bad for you, but it can be, and it will certainly hit your bank balance.

Some bad habits you may want to kick completely, and an example would be alcohol. As well as costing you a fortune each week it will cause premiums on health insurance to rises. It’s a big loser but kicking a habit like this can be tricky. According to Hotel California By The Sea, most people who try and stop drinking by themselves will relapse in a couple months. That’s why you need the right support to do this properly and potentially professional treatment.

What about other bad habits that are hurting your bank balance? Well, we’re not saying that you have to stop watching films. But maybe start taking more control over how many you watch and if you are a film fanatic, consider getting a card so you can see as many as you want every month. There’s more than one way to deal with an expensive habit.

We hope this helps you save save save without getting a brain freeze trying to put those numbers in order.