There’s much to love about the modern world, but there’s no getting around the fact that it can be stressful — and very often, the stress is down to a single cause: money. It’s not something that you can avoid, it touches everything, we’re never as secure as we’d like, and so on. It’s not hard to see why it’s the cause of so much trouble, arguments, stress. You don’t have to get caught up in its murky web, however. You have to play the money game a little, but you don’t need to be consumed by it. And you don’t have to let it stress you out. Below, we take a look at some tried and tested methods for keeping those money related troubles at bay. 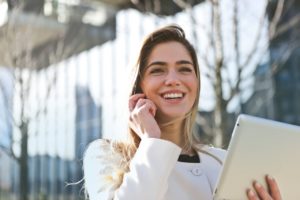 They say that the secret to conquering your fears is to face them head-on. If the fear is always lurking around the corner, then it doesn’t matter how legitimate or scary that fear is: your mind will turn it into a monster. The same can be said of your financial situation. You need to have a clear picture of what’s happening. It might not make for pretty reading, but at least you’ll have some control of the situation. The story will be written by your response. If you keep the issue hidden away and obscured, then you’re just burying your head in the sand. Remember, sometimes things have to get worse before they better — taking a peek at your finances might feel like you’re jumping off the cliff, but you’ll soon discover the jump isn’t that high anyway.

Plenty of people have a pretty casual attitude toward their money. They’re not really sure how much they’re spending or how much is coming in. It’s all guesswork. Alas, this approach often results in those agonizing moments of panic. You think you should have ‘X’ amount of cash in your account, but it turns out that you just have ‘Y’ amount. And let’s be real here: Y is always less than X. By creating a budget, you’ll be keeping these panic-inducing moments at bay. You’ll know exactly how much money you’re able to spend and stay financially secure. It’ll also push you to reconsider any senseless money you’re spending. And the good news is that this is something that you can start immediately, and you’ll feel the benefits within a week or two.

Creating a budget is something that starts giving back to you almost immediately. Debts are another matter. If there’s one money-related matter that keeps people up at night, it’s the size of their debt, and their inability to pay it down. It’s important to remember that it doesn’t matter how much debt you carry: it’s always possible to find a path out. It just requires two things: determination and patience. One good move is to move your debt around, in order to benefit from better interest rates — some people are paying their high credit card bill for years, only to realize that they’ve essentially only been paying the interest, not the actual debt.

We get stressed by things that we think are beyond our control, and when too much is going on. Money can fall into both these camps. It seems like we have more money going out than we realized, and it’s going into a million and one different directions. When we settle into life, we slowly acquire more and more monthly payments, yet rarely take the time to spring clean and delete them from time to time. Say, for example, you have a gym membership, cable subscription, a deluxe cell phone plan, and so on. These may all seem manageable individually, but when you group them all together, you’ll find that you’re paying more than a pretty penny! So take a look at your monthly expenses, and see what can be trimmed. You surely don’t need all of them. Simplicity is the antidote to stress, don’t forget!

If you’re one of those people who regularly stress and says “I need more money,” then before looking at the job board, you might want to see where you’re actually spending your cash. Humans aren’t perfect, and they can convince themselves of most anything if it’s what they want to do. You might find that you’re spending a lot of money on coffee, clothes, lunch, and other expensive options. Left to your own devices, you’ll be unlikely to curb these expenses. If you become aware of your trigger and have a higher purpose in mind (saving money), then you’ll be able to cut the spending down.

And talking of saving: start doing it. Studies have shown that some 60% of Americans would not have $1000 for use in an emergency situation. While savings for something fun, such as traveling, is a luxury, not having any cash for an emergency situation is something that causes stress. This leads to sleepless nights of wondering what they’d do if something were to happen the following day. While not everyone can save $1000 within a month, it’s worthwhile trying to put something away. You’ll be able to rest more easily knowing that you’d be at least OK if you were hit by an unexpected expense.

An Eye on the Future

Worrying about money when you’re employed — or at least of an employable age — is one thing. It’s a different matter altogether when you’ve left the workforce for good, and are solely relying on your savings to see you through retirement. This usually causes a lot of stress in people when they’re approaching their retirement and realize that they’ve underestimated how much money is needed. To keep the stress of retirement finances at bay, it’s best to come up with a financial game plan with the help of a wealth management company. They’ll help you to develop a strategy that ensures you have a strong financial standing and security during your retirement years.

So long as you’re employable, then you don’t have too much to worry about: you’ll always be able to make money. Knowing you have options to earn is one of the easiest ways to stop yourself from worrying about money. But of course, job security isn’t what it was in decades past, and in any case, the world is changing. To make sure that you can have a long, fruitful, and profitable future, you’ll want to keep a close eye on the growth of your industry. Some are better suited to navigate the future than others. For example, nursing (and indeed anything healthcare related) is expected to thrive in the coming decades. Other jobs, less so — some 40% of positions could be taken by robots in the coming decade and beyond. 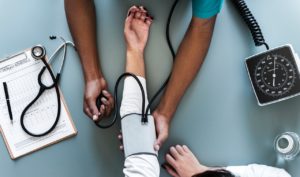 Keeping Up with the Joneses

If you’re in control, then you won’t feel stressed. You’ll be calm and collected about the situation. Alas, many people’s spending habits are driven by things that seem to be beyond their control (but actually are). They buy expensive goods because they want to fit in, or impress others. This can quickly add up to a messy financial situation — and the problem is that once someone starts down this path, they rarely get off. And stress just builds on top of the stress. As such, it’s a good idea to think about what’s driving your purchasing decisions. Are you buying something because it’s a logical decision, or for the appearance? If it’s the latter, then focus on yourself, and liberate yourself from that line of thinking.

We’ve broken down a lot of taboos over the past few decades, and now there are few topics that are off the table with friends and family members. But strangely, money is still one of those things that we don’t mention. But we should — because talking through problems makes us feel better about them. Keep an open dialogue about your cash situation with people you trust — one of the reasons why money causes so much stress is because we see it as a secret. If we have large amounts of debt, then it’s our little secret shame — if word got out, we’d be ruined. Of course, that’s not true — it’s just your mind talking nonsense. In any case, you can prevent these thoughts from building by talking about it. There’ll be no secret to keep.

If you find that your money situation is always on your mind, then try one of the many recommended tips for handling other kinds of stresses, too. Gratitude for what you have, rather than focusing on the bad sides, is a good way to take you out of the bubble for a while. Similarly, meditation, yoga, and other wellness activities can also be effective ways to place a barrier between you and the stress you’re feeling. Money can sometimes feel like it’s the whole world, but look around, and you’ll see that it’s not the case.