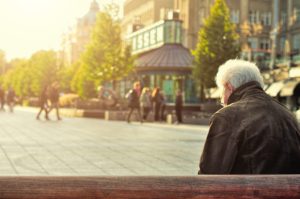 You will give an awful lot of money away during your working life. Taxes, pensions, and other contributions to a larger pot will always dominate your paychecks, taking away the money you’ve worked so hard for throughout your time at work. Unfortunately, though, even for those who have put their lives on the line, you will rarely get as much as you put in at the end of it. To help you out with this, this post will be exploring the different benefits you could be entitled to once you’ve retired, enabling you to squeeze as much as possible out of your contributions, without taking money from others in the process.

Pensions are one of the hardest parts of this, with many people failing to consider funding for their retirement when they are younger. If you change jobs quite a few times during your career, for example, you could have several pension pots, but you will need to learn how to get your hands on them if you’re going to benefit. In most cases, these funds will be held with private organisations, and you only need to get in touch with them to start getting your money back. Of course, though, there are other rules which can surround pensions, like age and your current financial position. If you’ve worked for many years, you’re probably eligible for a state pension, too.

Despite the advancements in medical treatments and technology which are always being made, a lot of retirees find themselves suffering in later life. It only takes a small injury or condition to set the wheels in motion for something much worse, and people often have little control over the situation they find themselves in once they get older. One of the most important things to keep in mind is insurance. If you’ve been paying into a health policy for most of your working life, you will be entitled to having your care covered, even if it costs a small fortune. Some companies will fight against this, though this is usually only in the hope that you won’t fight back.

Along with money, though, it’s also important to think about the direct care you receive. When you are suffering with a challenging medical condition and have limited mobility, it makes sense to have people helping you out, and most societies have provisions in place to make this work. Of course, though, you have to fight for this, and will often have to prove why you need it. This  can be a difficult process to go through, especially if they try to force you to sell your home in the process. It’s worth doing research throughout this process, ensuring that you only choose options which you’re entitled to, as this will help you to avoid spending more money on it.

While not everyone is able to contribute the same amount of money throughout their lives, there are other ways to put things into society. If you were a soldier, for example, a lot of people owe their lives to you, and the work you’ve done could have saved your home as you know it. Of course, though, veterans are often ignored once their service has ended. With little knowledge of the complex benefits systems most places have, it will be incredibly difficult to know what you are able to get in this position. Companies like veteransdisabilityinfo.com can help you with this. With a comprehensive understanding of both the systems in place and your issues, they will be able to provide more than simple advice, with some even offering counselling to those struggling the most.

Owning a home is a goal which most people have in life, with this sort of investment giving you more than a place to live. If you’re unable to achieve this goal, though, you will have a very hard time when it comes to retirement. Rent is often more than people can afford on a pension, and this can force you to have to work extremely hard once you get into old age. Of course, though, most governments own housing for those who can’t afford their own, and few will have a better claim than someone who has contributed for their whole life. You will need to talk to the right people to find this sort of benefit, but it will be worth it to avoid the crippled weight of rent which makes so many pensioners struggle.

Pensioners simply don’t have the same income potential as someone who is working. Even if you have a large pot to draw from, it’s unlikely that you’ll have been able to save enough money to live the same life you had while working. To make up for this, most governments give out freebies to those who have retired, ensuring that they can still live comfortably. Like most of the entitlements in this post, though, you have to fight for your right for these, and this will often mean having to do loads of research to find out what you can get. Bus passes, heating grants, and a range of other savings can fall into this category.

What Did You Pay For?

Throughout life, you will put money into an awful lot of different places. From your pension and taxes to the money you give to good causes, everything you spend should be considered a contribution, and you should be able to get something out of it down the line. In a lot of cases, though, you have to stick your neck out for this to work, and you will need to talk to the right people. For example, if you want to figure out what needs to be done when you’re trying to get housing, it would make sense to have a chat with your local government’s housing office.

Retiring should be one of the most liberating times in life, especially when you’ve worked very hard for it. Of course, though, it isn’t always as simple as leaving work, and you will probably have to put a great deal of work into this if you want to find success.