A home is much more than a building to eat and rest your head. It should provide sanctuary too, protecting you from the bad of the outside world. Moving into a new home is an exciting milestone for any family. Home-ownership is a great investment, after all, and making a new property your own is a fun process. However, you must make sure that the house is safe. While decorating a property is more interesting than setting up security measures, it isn’t nearly as important. To protect your family, as well as your new home, here are ten home security tips. 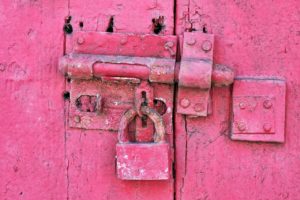 When you move house, changing the locks isn’t the first thing you think to do. The trouble is, forgetting this vital task could cause problems. Even if you built your house from scratch, you could never be certain of how many sets of keys to the property exists. A previous owner, renter, or even a builder could have made and kept a copy. This means that strangers would have access to your home. Calling a locksmith to change every lock is the easiest fix for this issue.

Even after changing the locks, your home could be left vulnerable if the doors aren’t secure. Rather than accept whatever doors are hanging, you should look into other options. Many people assume that french doors would reduce the security of their property. Thankfully, this isn’t the case. These days, french doors are highly customization, which means you can have security locks built into them. If your heart is set of french doors, there’s no reason you can’t have them.

Keeping keys outside your home is never a good idea. While they might appear well-hidden, it’s only a matter of time before an experienced burglar gets their hands on them. With a set of keys, that crook could enter your home whenever they wanted to. If you often misplace your keys, then leave a set with someone you trust. This person could be a friend, family member, or even a neighbor. A wall-mounted key safe is the only option you have if you want to store your keys outside.

Burglars, vandals, and other crooks don’t enjoy being in the spotlight. Instead, they prefer to commit their crimes under cover of night. You may not be able to stop the sun setting, but you can keep your home well-lit. By installing lights outside your house, you make it difficult for criminals to skulk around unnoticed. Motion-activated floodlights are particularly effective, as they require less energy and light up when motion is detected. This will shock the would-be burglars. 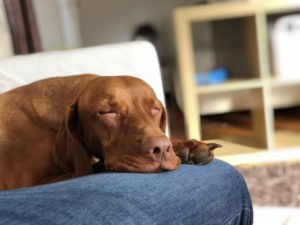 Finding an excuse to adopt a dog isn’t very difficult. Nonetheless, if you need one, look no further than home security. As well as being great companions, dogs are an effective security measure. Because they often bark at new sights, smells, and noises, your new pet would alert you if anyone were trying to break in. What’s more, many burglars, like other people, are scared of dogs, so merely having on in your home could be enough to keep the crooks away from you.

Many burglaries aren’t in any way planned. Instead, they’re very random, and often only occur when a crook spots something inside a house that they want. By removing this temptation, you take away a reason for such burglaries to occur. Keeping your valuables out of sight will give criminals less of a reason to break into your home. For this reason, you should keep televisions and games consoles away from windows and keep anything smaller in a locked safe.

Alarm systems aren’t designed to defend your home. Instead, they act as a deterrent for burglars. No crook wants to announce their presence in your house, after all, which is exactly what an alarm does. If you can’t afford a security alarm system, then look into installing a fake one instead. Although professional criminals can tell the difference, an inexperienced burglar might not. Therefore, rather than risk being caught, they would likely leave your house alone.

Burglaries usually happen when no one is home. For this reason, you must do what you can to make your house appear occupied all the time. Turning your house into a smart home is one way to do this. With home automation, you have control of the lights and outlets no matter where you are. This means that you can turn on the television or light up rooms when you want to, making it look like you’re at home. Automation also lets you lock doors and turn on the alarms.

Hacking isn’t a practice reserved for spy movies alone. Many burglars hack into technology, like security alarms, when carrying out their crimes. With that in mind, you must protect your wifi network. Unless you do so, a crook could take control and turn your smart home against you.  There are many ways to keep hackers at bay, including hiding your home network and using firewalls. Creating strong passwords and installing antivirus software offers protection too.

Being kind to your neighbors is about much more than politeness. After all, even if you’re not at home, your neighbors could be. This means that they might spot someone breaking in and could call the police. Rather than expecting your neighbors to do this, you should ask them to. Just make sure that they know who has access to your home and when they will likely be around. You don’t want those living next door to call the police on a friend or gardener.

Every family deserves for their home to be safe, especially after moving house. Hopefully, with the advice above, you can secure your new property and keep any crooks out.

Choosing The Right Pipe System For Your Home

How To Cope With A Tiny Kitchen